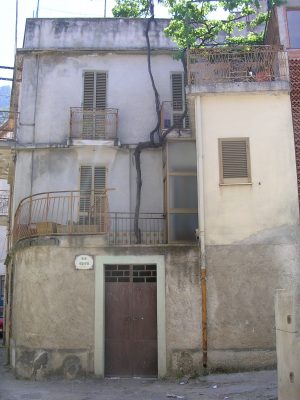 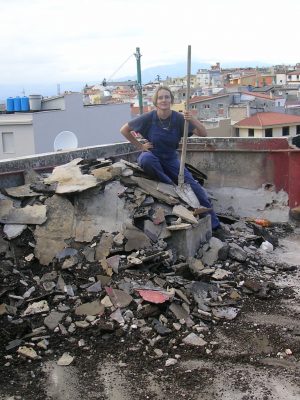 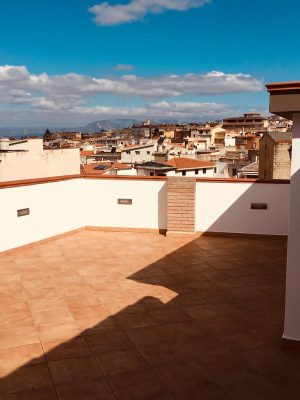 The CAV Mameli (Houses for vacation rentals) is located in the building built immediately after the First World War by my grandparents Lucia Casacca and Bachisio Mameli. Actually my grandparents were not from Dorgali but from Bolotana, a town in the middle of Sardinia between Nuoro and Macomer. My grandfather was a barber and left for the war (1915 – 1918) he met a fellow soldier from Dorgali who advised him to move to Dorgali where there was no barber. After the war, Bachisio returned to Bolotana with the medal of Cavaliere di Vittorio Veneto and following the advice of his fellow soldier he moved with Lucia to Dorgali. They buy the land and start building the house. Five children are born, Giovannina from all called Ninna, Goffredo, Mario, Amelia and Laura called Lalla. I am the son of Amelia. For a long time my grandfather and uncle Goffredo were the only ones in Dorgali to have a barber shop. My wife and I bought the house after Uncle Goffredo’s death. Our experience in tourism starts in Trentino where I was director from 1999 to 2011 of an important residence (138 apartments). Dana has always worked with me at the reception. From Trentino we moved to Prague where I directed a residence of 90 apartments. I currently work for the most important hotel group in Sardinia.